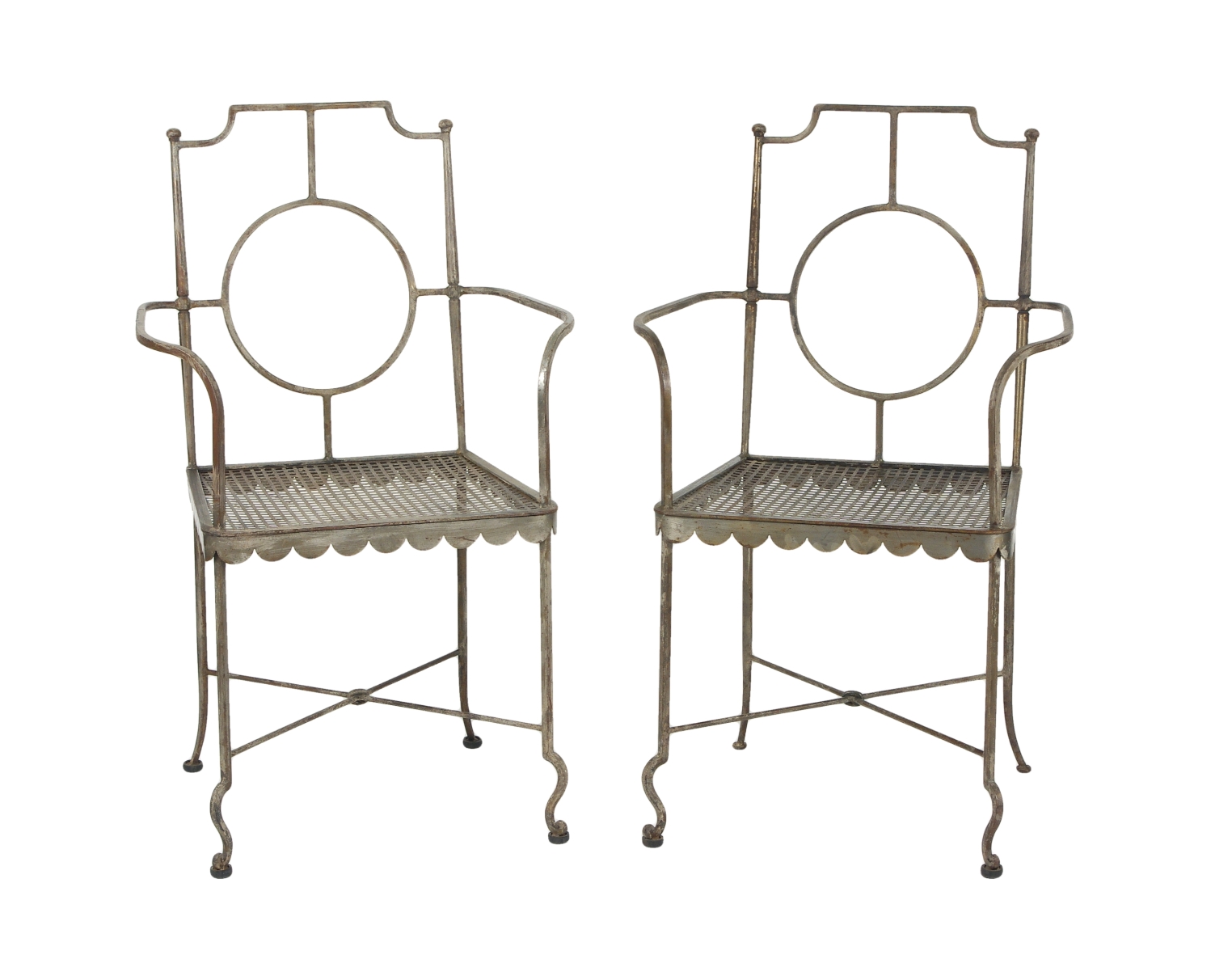 Gilbert Poillerat (1902-1988) is one of the most renowned French iron workers/designers of the 20th c. He studied engraving at the Ecole Boulle in Paris and in 1921 began designing wrought iron furniture. In 1946 he became a professor at the Ecole Nationale des Arts Decoratifs, a position he held until the early 1970s.