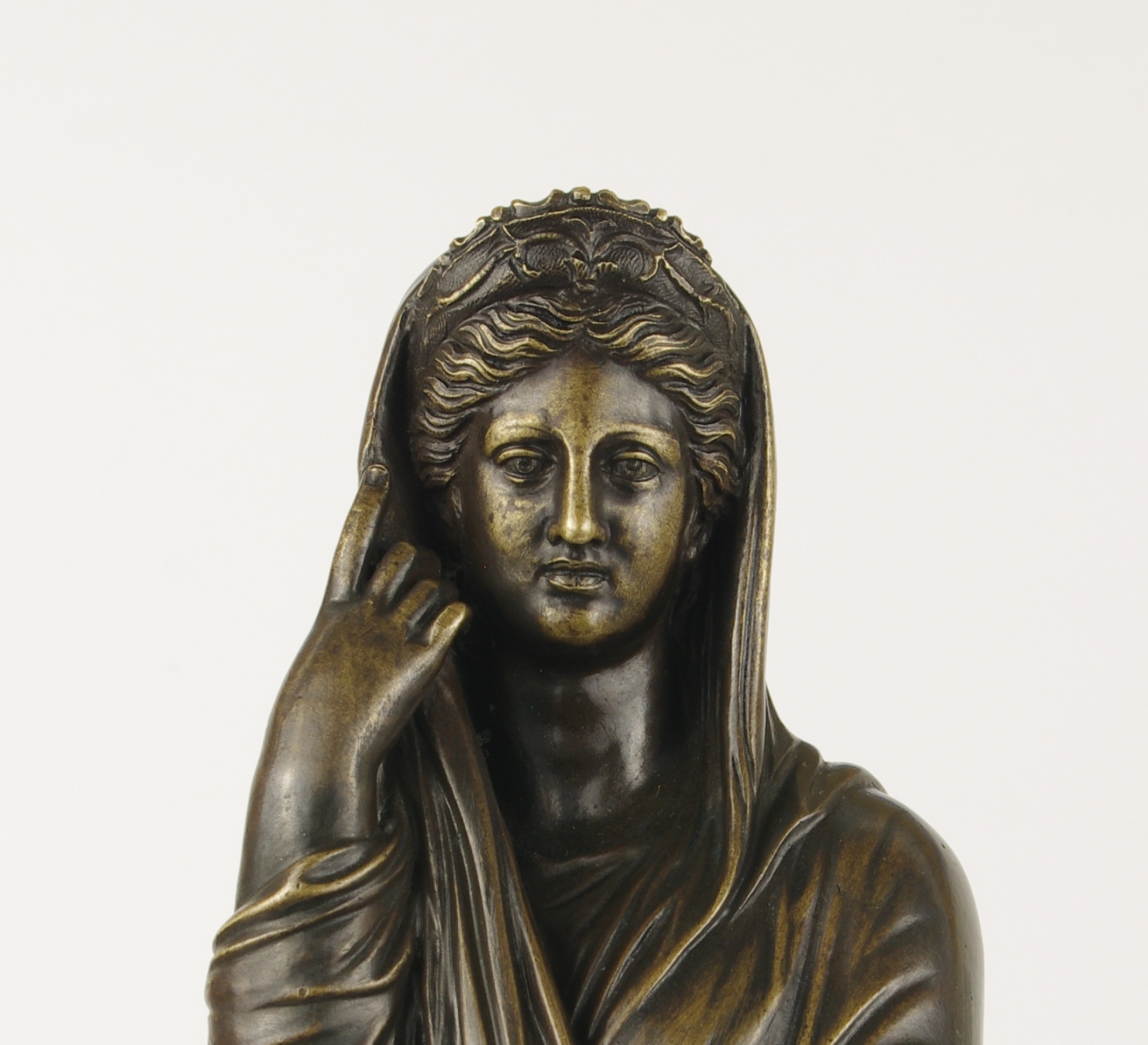 This figure rotates on the marble plinth. There was a small 1" knob threaded to the base, now lost, as seen in the photo.

The Alessandro Nelli Foundry (Fonderia Nelli) operated in Rome from roughly 1880- 1900. At its peak it was the largest and most important foundry of its type in Rome, and one of the largest casting plants in Europe. In the 1889 catalogue, Pudicity was available in three sizes, of which this is the middle. (Thanks to Steve Parlanti who generously supplied catalogue images.)

The original marble sculpture, standing over 6' tall and now in the Vatican Museum, was discovered c. 1575 on the grounds of the Villa Mattei in Rome. Though little recognized today, during the 18th century Pudicity was one of the most highly celebrated female portraits in all of Rome. She was compared with the Venus de' Medici and one critic went so far as to declare her face to be the finest he 'ever saw upon a statue.' [See Francis Haskell and Nicholas Penny, "Taste and the Antique" (New Haven: Yale University Press, 1981), 300.]

Incidentally, the word "pudicity" means "modesty; chastity". It's unclear whether the name dates to Roman times or was given later.