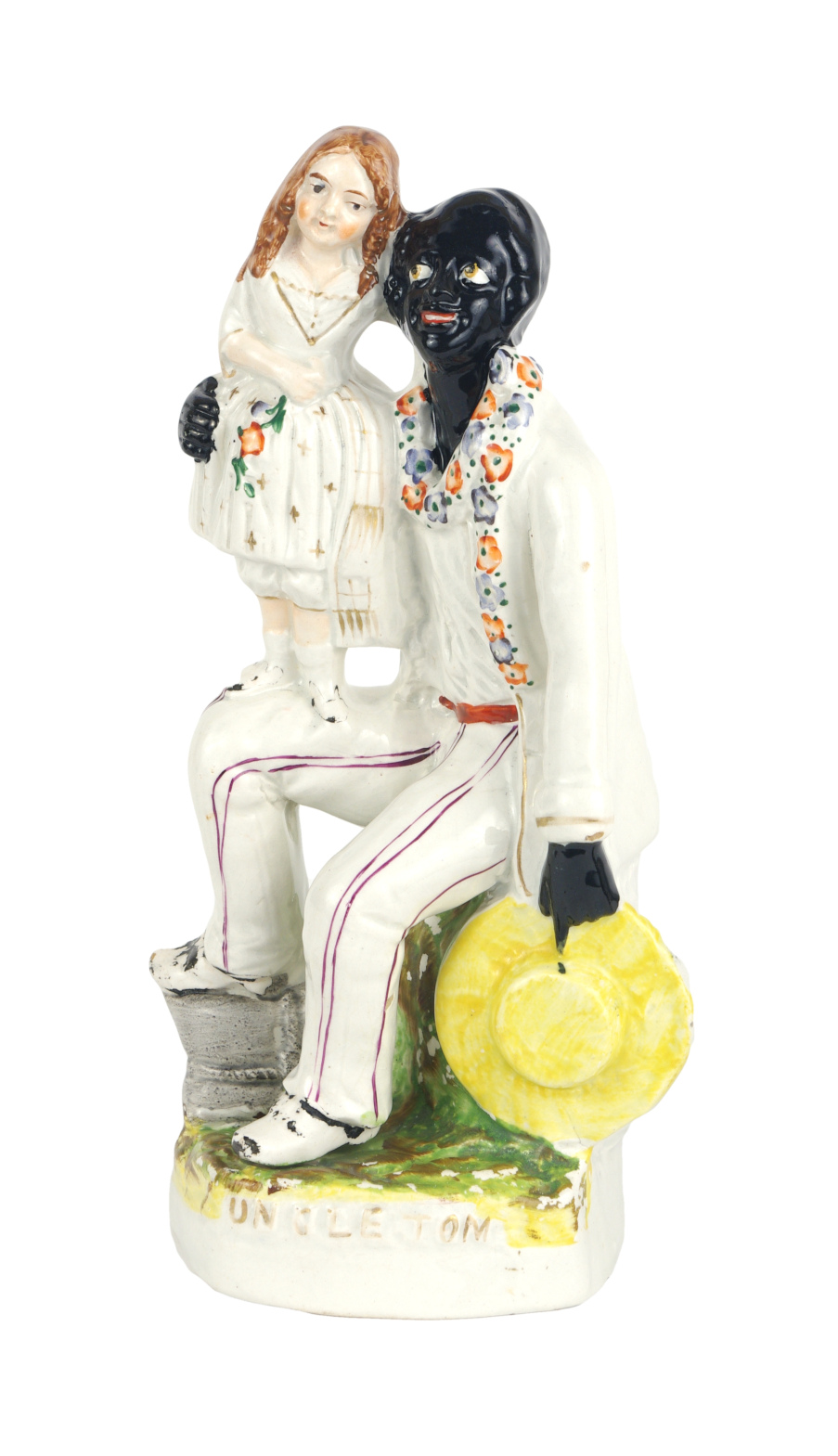 Staffordshire Figure, "Uncle Tom and Eva", depicting Uncle Tom seated with his right foot on a parcel, a yellow hat in his left hand and Eva standing on his leg. The base is embossed "Uncle Tom", the letters highlighted in gold.

Harriet Beecher Stowe's "Uncle Tom's Cabin" was first published as a serial in the abolitionist newspaper, "The National Era" and in book form in 1852. It sold nearly a half million copies in the United States and almost as many in England, inspiring at least 15 Staffordshire figures. [1]

At least eight distinct models depict Uncle Tom and Eva, this one with the child standing on his knee.

Condition: Tiny chip to his lower lip repaired. Paint losses to both pairs of shoes and scattered paint losses to the base, as visible in the photos.