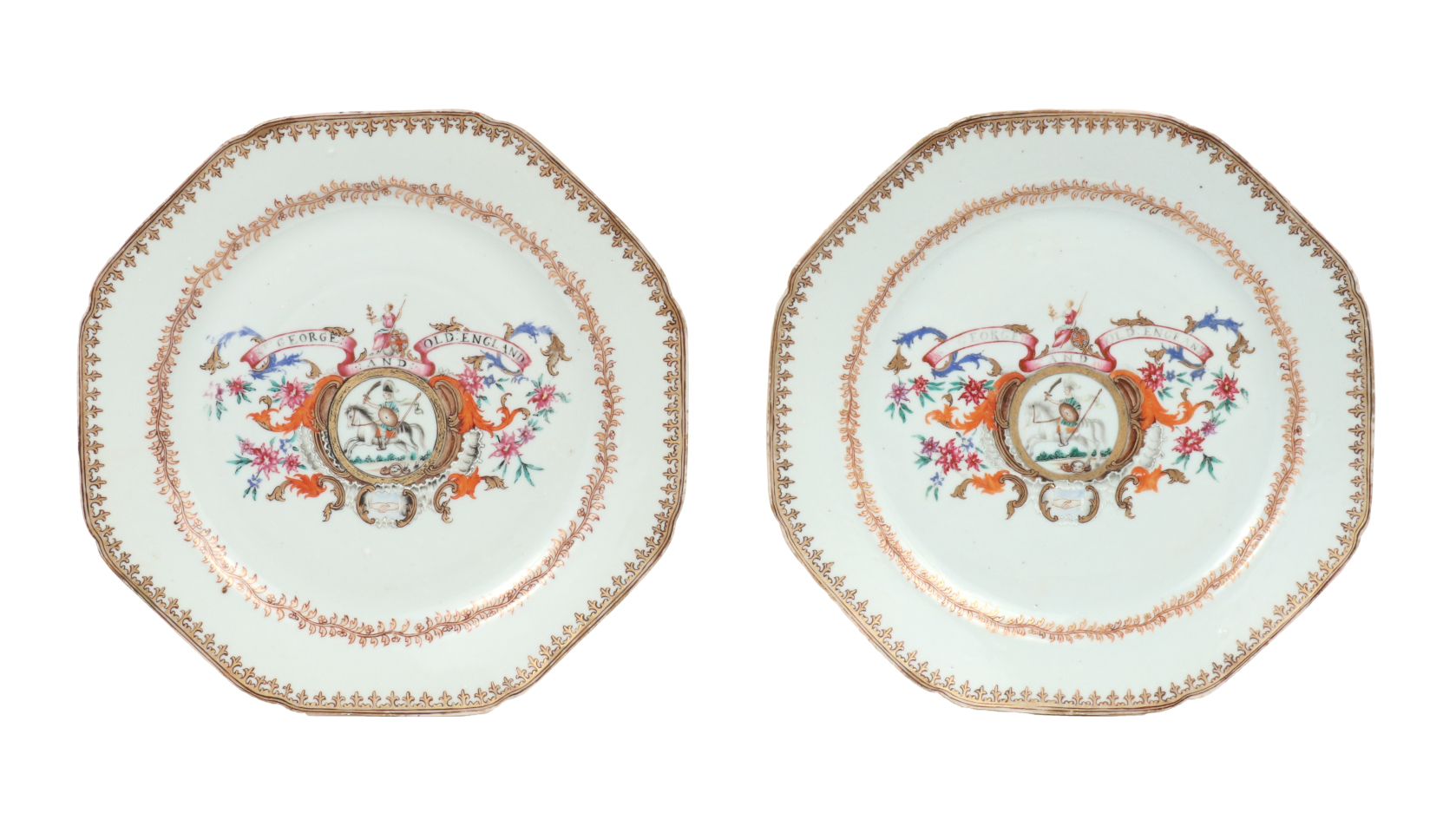 Pair of Chinese Export porcelain armorial plates, each octagonal and decorated with the arms of the Anti-Gallican Society, the cavetto with a trailing vine, the edge with a spearhead border.

The Anti-Gallican Society was founded in London in 1745 by a group of businessmen 'to oppose the insidious arts of the French nation'.(1) Thus, the arms depict St. George on a horse trampling the shield of France (note the three three fleur-de-lis), evocative of St. George slaying the Dragon. The crest, Britannia with her shield, spear and laurel over a banner with the motto, "St. George and Old England".

Condition: Beautiful condition, with no chips, cracks or repairs to either. The grisaille script and horse to the right-hand plate have faded.

Other Antigallican services consist primarily of sets of punch bowls. They differ from the present service most notably in the motto which was "For Our Country". The Society was reorganized in 1757 and this service, with its modified design and new motto "St. George and Old England", was probably ordered at that time.