Two Blue and White Serving Dishes from the Hoi An Hoard, c. 1500 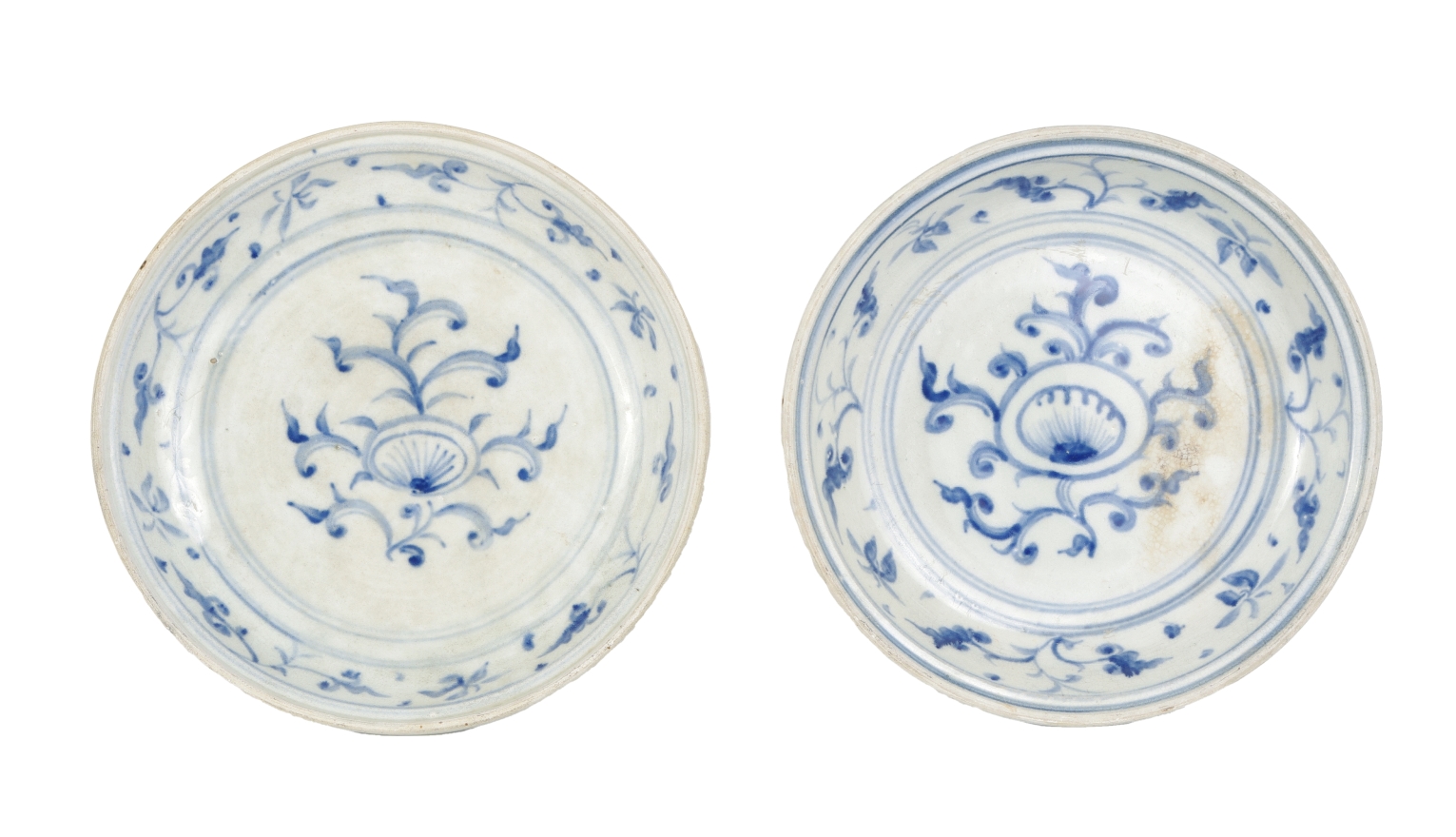 Two blue and white serving dishes from the Hoi An Hoard, each painted with a flower blossom on a leafy branch, the cavetto with trailing leaves and branches within blue lines. The exterior is painted with a jeweled lappet border, the bottom with a brown wash. Each bears the 'Hoi An Hoard" paper label and one bears the Butterfields auction label, lot 6121.

Hoi An is a port city on the South China Sea along the central coast of Viet Nam. In the early 1990s local fishermen started bringing up quantities of porcelain in their nets. Soon the the Vietnamese National Salvage Corporation, maritime archaeologists from Oxford University and others were brought in to excavate the site.

A fully laden cargo ship (junk) filled with ceramics was discovered and over the course of the next four years, archaeologists recovered over 150,000 intact ceramic artifacts, made in the kilns near Hanoi, roughly 500 miles to the north. It is believed the junk was headed to the islands of South East Asia for markets in Sumatra, Java, Borneo and the Philippines when it was lost in a typhoon.

A precise chronology for the junk and its cargo is not known, but stylistically the ceramics are consistent with an important bottle in the Topkapi Saray Museum, Instanbul that was made at the same kilns and dated 1450. Carbon 14 tests on the vessel's timbers give a date of 1449 plus or minus 50 years. Mensun Bound, the excavation director, dates the wreck 1430-1480. [1]

The most significant pieces went to museums in Asia and around the world. Butterfields in San Francisco auctioned the balance of the cargo in 2000. The auction catalogues cautiously date the cargo to the late 15th/ early 16th century, as do we.