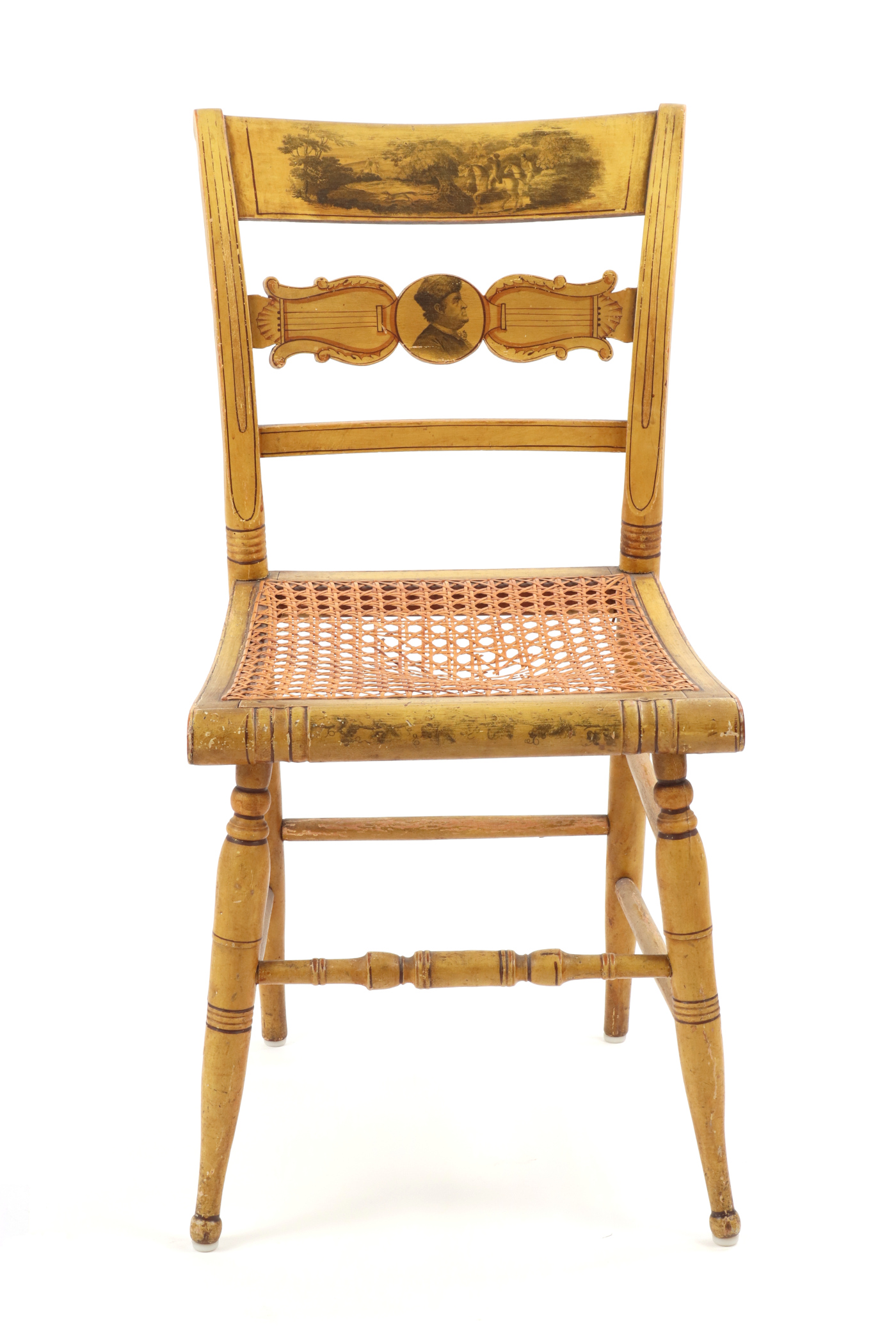 Set of four New York yellow painted and transfer decorated fancy chairs, the crest with a fox hunt over a slat with a portrait bust of Benjamin Franklin centering painted lyres; the caned seat with grapevines to the front rail raised on turned legs joined by numerous stretchers.